0
Emily had a tournament to end the soccer season a few weekends ago.  Despite the frigid, rainy weather all weekend she had some great games and could not be denied a goal at the last game! 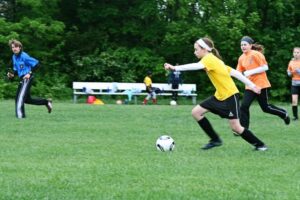 On the field, she is tough and fast and focused. 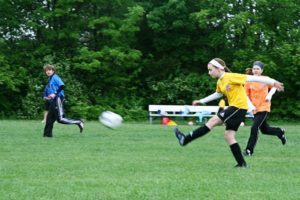 She’s definitely mastered the “claiming your space” when around the ball. 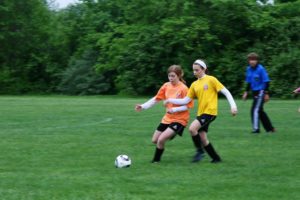 She doesn’t do a lot of pushing, because it makes her really mad when she’s pushed around, but she does use her arms to defend her area. 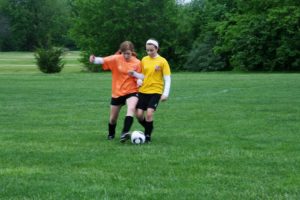 In the below photo, it looks like she’s holding the girl back from picking up the ball with her hands? 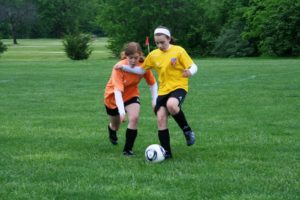 And now for the goal… after breaking away, she sets up her crossover kick… 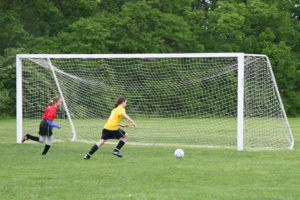 and her kick can’t be stopped. It’s in the net!! 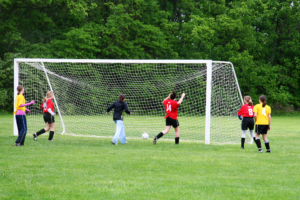 I don’t have a full sequence of shots here because I knew my memory card was just about full. I was consciously taking photos of her teammates to share with other parents. 🙂

It was a good season, but she is ready for a change.  She has decided she wants to move up in the league or join a different club to further her skills. We’re very proud of her determination and are often surprised by her speed. When she turns on those rocket boosters, she can beat just about anybody to the ball! She’s so much fun to watch.

Spring is in the air