You are here: Home / Uncategorized / weekend was more than OK.

Last Thursday we picked the kids up early from school and headed to Tulsa to visit friends and then on to Oklahoma City for Richard’s Half Ironman. The drive was so easy. The kids are old enough to totally entertain themselves. Poor Richard had a car full of readers. Miles was reading, Emily was reading and I was reading. He’s not a real conversationalist when he drives, so I don’t feel too bad. 🙂

We were visiting friends of ours from high school. It was wonderful to have a more extended time to catch up and get to know each other’s children better. 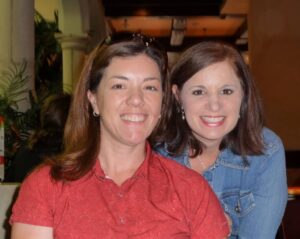 Friday afternoon we drove on to Oklahoma City and got Richard all registered for his Half Ironman event. Got his bike in place on the racks and kind of checked out the scene. 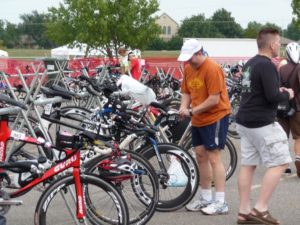 That evening Richard wanted to have a carb heavy dinner, so we all suffered through dinner at Macaroni Grill. (Not! We all love Italian food, so we obliged him whole heartedly.)

Saturday, race day, was a rainy mess. They delayed the race for over an hour to try and let the flooded roads drain. Once they decided to let the racers start, it rained for most of the swim and some of the bike. By the time he was running, the weather had cleared and it was sunny, but still lots of puddles and mud and every piece of clothing, shoes and equipment was drenched!

While he was trudging through the race, I took the kids to the Science Museum. It was a fun place and I didn’t feel as guilty for taking them out of school. They were learning after all. 😉 Emily’s favorite thing was riding the Segway. She did it three times and would have done it again before we left but the line was too long. Oh, and the museum was filled with Pirates because it was National Talk like a Pirate day! Funny!
Here, Miles is docking the space shuttle. 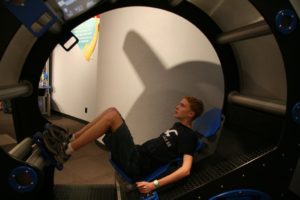 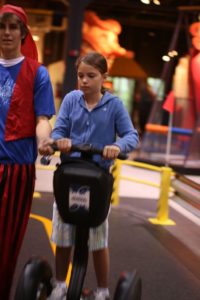 Here’s Richard with his medal. Wet to the bone, but thrilled with his accomplishment!! And rightly so. (But would you just look at that mud behind him!) 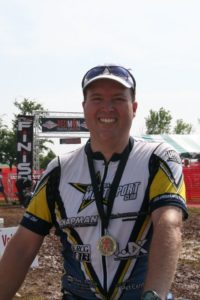 70.9 miles is an awesome achievement!!! We are so proud of him and his dedication to all the training it took to attain his goal.

I was most disappointed that we missed seeing Richard finish. He had given me a time frame that he thought he would finish in, but with the rain delay and my misunderstanding that they would indeed swim, bike and run in the rain, we arrived at the site shortly after he finished.

I drove most of the way home in a torrential downpour. URgh! We made it home safely, late Saturday night and slept in Sunday morning.

On Sunday afternoon, I went on a 6 mile run on the trail in preparation for my 10k this coming weekend. My foot held up pretty well and I wasn’t hurting as badly as I have been once I finished. (I had foot surgery almost a year ago and it has been a long and painful recovery.) Tomorrow I’ll do a short, hilly run in the neighborhood and call myself ready. 🙂 Wish me luck!! 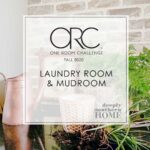 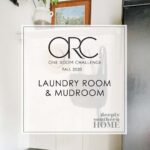 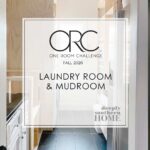 We joked with friends recently about how we have e

Hope you had a lovely weekend my friends. Is it to

Forgive me for potentially overposting the new win

It has been very cold and dreary here like old man

For today’s edition for #WayBackWednesday we are

I mentioned this weekend my best friend was visiti

My best friend is here visiting this weekend. Ove

I must admit I never had any ill-conceived notions

After I took all the Christmas down, I left everyt