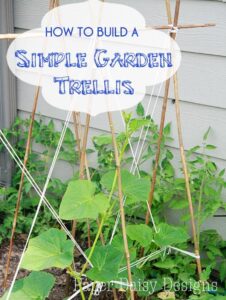 I have a small garden on the side of the house I like to grow vegetables.  This year, after not performing well in other locations, I decided to move my cucumbers to this south facing bed.
I needed a very small structure for the cucumber vines to grow upon, so I put together this simple trellis with string and bamboo sticks from Lowe’s.  Each stick was only $1.50, definitely an inexpensive solution.
I began by placing the sticks into the ground in an upside down V.  I used three sets of two, but if you have a longer bed, obviously you could just keep going. 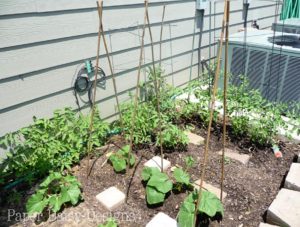 In the crook of the “V” I created, I tied a bamboo stick in place as a top support. Then, I tied each individual “V” together. 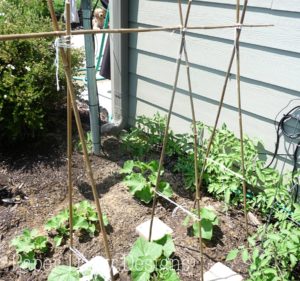 Next, I tied cross supports in between each “V”. I imagined supports kind of like a bridge. 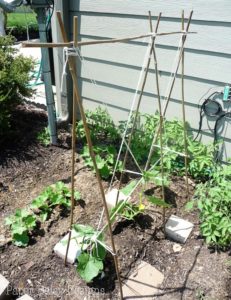 After being gone a week on a mission trip, here’s how it looks.  The vines are taking to the trellis well, and it’s holding up quite well. 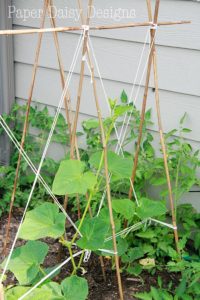 And yes, I do believe I have “weed” tomatoes growing along the back of my house.  I didn’t bother to clean the bed last fall and my heirloom tomatoes self-seeded.  I weeded out a ton of them when I prepared the bed this year, but I figure these aren’t taking up much space and I might end up with a ton of tomatoes. 🙂
I had a larger bed when we lived in Mandeville, LA and my husband built me this.  It’s hard to see with the cucumber vines all over, but it was an excellent simple structure as well. 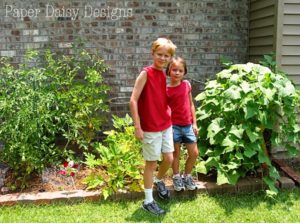 He used four, 2×4’s and nailed together to form two “X’s” and then wrapped chicken wire over the whole thing. I believe they stood up on their own because they were stuck into the ground.  As the cucumbers would grow, they would fall down the holes in the chicken wire.
I know it’s kind of hard to see the structure, but the reminiscing momma in me had to include this photo.  Would you look at those cute kids?!!  I love my teenagers, but oh, I miss those little sweeties!
Sharing here: Mop it Up Monday’s @ I should be mopping the Floor  /  Nifty Thrifty Sunday @ Nifty Thrifty Things  / Martha Monday’s @ Watch Out Martha  / That DIY Party @ DIY Show Off  /  More the Merrier @ DIY Home Sweet Home  /  Nifty Thrifty Tuesday @ Coastal Charm  /   Get your Craft On @ Today’s Creative Blog  / Tutorials Tips Party @Homestories A to Z  / Wow Us Wednesday @ Savvy Southern Style  /Power of Paint @ Domestically Speaking  /  The Summer Bucket [email protected] the Foley Family  /  Humble Brag Party @ One Project Closer  /  Chic and Crafty Party @the Frugal Girls /     Show and Share @ Southern Lovely/  Transformation Thursday @ Shabby Creek Cottage  / Hooking up @House of Hepworths  /  Feathered Nest Friday @ French Country Cottage  / Be Inspired Friday @ Common Ground   /  Friday Link-up @ Redoux  / Shabbilicious Friday @ Shabby Art Boutique  / Frugal Friday @ The Shabby Nest  /  Pity Party @ Thirty Hnndmade Days  /  Party Junk @ Funky Junk Interiors  /  Shine on [email protected] One Artsy Mama  / Pin ME Party @ Diana Rambles 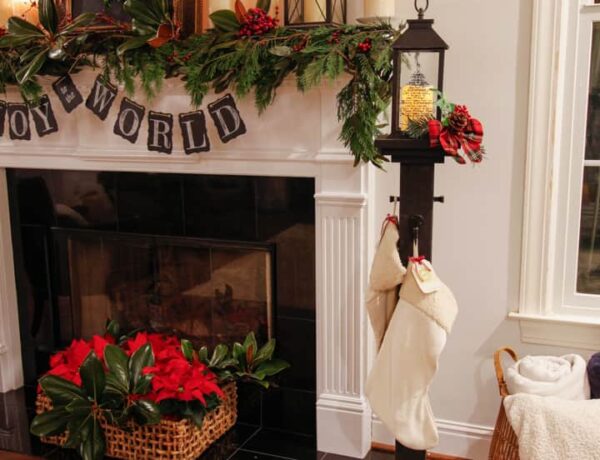 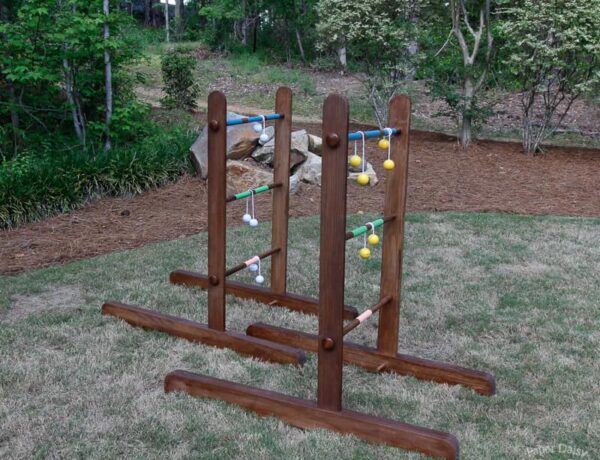 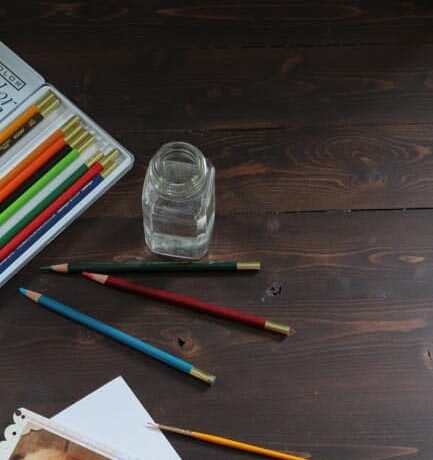 These windows seemed like the perfect place for a

It had to be done, a blue and white chinoiserie st

Wedding china for Christmas? I say, why not! By in

The halls are decked and you're invited. My Christ

Happy December! Who doesn’t love a month full of